Popualar Nigerian actor, Bigvai Jokotoye has taken to social media with a sad post about how Nigeria is being perceived abroad.

The actor who was in a computer science class in California, shared a clip of his note which showed Nigeria on the list of internet scams.

The note on his laptop also gave detailed and accurate description of how the scam act is being carried out. 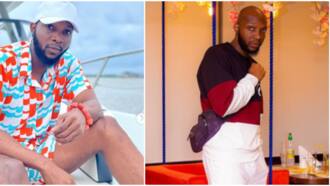 I need to attend Shiloh: BBNaija’s Tuoyo laments as he reveals that he is only attracted to broken girls