TORONTO —
An Ontario family is out nearly $1,000 after being caught up in a cottage rental scam.

“The person who is doing this scam is very professional and I don’t want any other family to go through this,” Mississauga woman Zeljka Radovic told CTV News Toronto.

Radovic and her husband wanted to surprise their children and friends by renting a cottage, and were relieved to get one on short notice in Gravenhurst.

However, when they made the three-hour drive north from Mississauga, the actual owner of the cottage said it wasn’t for rent and that they were the second family to show up due to a fraudulent rental ad.

“He told us you have the wrong house and he informed me that I was the second person there this week who had been scammed,” Radovic said.

Radovic found the cottage rental by posting an ad on Kijiji saying they were looking for a place to rent. 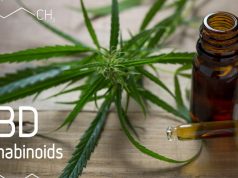 What Is MOBOX, and Should You Buy It?

In the blogs: Smart advice