Nearly a quarter (23%) of people have been targeted by holiday scams, a survey has found.

Lloyds Bank, which released the research, said that with around one in five adults yet to book their holiday this year, scammers could be waiting to pounce on holidaymakers looking for a last-minute deal.

It is urging people to avoid sending money by bank transfer – a method often used by criminals to trick people into handing over cash.

More than half of people said they do not know how to spot a dodgy website, the bank found.

Philip Robinson, retail fraud prevention director at Lloyds Bank, said: “Fraudsters are poised to jump on any potential way to trick people into handing over money.”

He said of fraudsters’ methods: “This could be advertising deals and accommodation on fake websites disguised as genuine companies or luring people in to buying non-existent items or package deals on social media.

“At the same time they are still profiting from a…

Watch out for these pandemic travel scams – The Washington Post 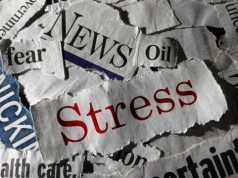